It was in 1807 that Lewis Tregonwell and his wife, Henrietta, took an excursion to the coast from their home in Cranborne in Dorset and fell in love with the wild scenery and beautiful coastline where the Bourne Stream flowed into the sea.  Henrietta suggested that Lewis build a house “in this delightful spot” and so the first house, the Mansion (now part of the Royal Exeter Hotel) was constructed between 1810 and 1812.  They gradually acquired more land in the area and in the 1830’s arranged for William Edward Rebbeck to move from their Estate in Cranborne to Bournemouth as their Estate Manager.

W. E. Rebbeck was to play a major role in the establishment of Bournemouth opening an Estate Office in the corner of Old Christchurch Road and Gervis Place in 1845 founding the firm which is now Rebbeck Brothers.

Rebbeck Brothers is one of the oldest firm in Bournemouth and has the rare distinction of being a continuing partnership since its foundation.  It moved to its present offices in The Square in 1934.William Edward’s son and grandson became partners and Horace Mellery-Pratt, a Chartered Surveyor from London joined the practice soon after the Second World War.  His two sons, Anthony and Timothy, are the present partners. Rebbeck Brothers continue to provide advice to the business and private clients on all aspects of property and land. 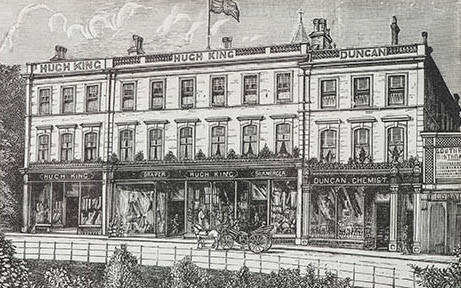 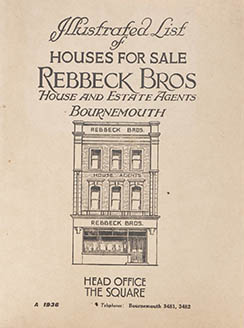 At Rebbeck Brothers we provide cost effective, high value solutions to meet all your property needs. We work hard to get to know you in order to deliver timely, individual advice on how to improve and maintain your property – whether it be an investment or your home.

Interested in using our services? Get in touch with us today….